Richard Smith has been the County Councillor for Blything since 2017. The area covered encompasses Saxmundham and the twelve villages of Blythurgh, Bramfield, Darsham, Dunwich, Kelsale-cum-Carlton, Middleton, Theberton, Thorington, Walberswick, Wenhaston, Westleton and Yoxford.

He has lived in Saxmundham since 1991 and had a bookshop in the High Street until being first elected to the County Council in 2010. He is an accountant and served as the County’s Cabinet Member for Finance between 2015-19.

He gives priority to attending Town and Parish Council meetings and works hard on local issues for his councils and local residents. He writes a monthly column in the “Saxmundham News” and has helped the development of the New Fromus Centre in Street Farm Road, which is due to open soon.

He was responsible for having the unsightly fencing removed from where the A12 crosses the River Blyth, has helped fund road-safety schemes in Bramfield and Westleton and will ensure that the well-used footbridge between Walberswick and Southwold is refurbished thoroughly this year. He is working on bringing a cycle path between Kelsale and Benhall into reality. He opposes the current proposals for a Sizewell C development and will pay a full part in the forthcoming Enquiry’s public hearings.

Launch of public consultation over housing scheme for Mildenhall

A public consultation into proposals by Suffolk County Council to build a new community of more than 1,000 homes to the west of Mildenhall has begun.

Plans to build a new recycling centre in Haverhill have been approved.

A £50 million bid to transform bus services in Suffolk has been backed by county councillors.

Commuters are now welcome to park at Martlesham Park & Ride site for FREE and cycle into Ipswich Town Centre.

On 15 October, Councillor Matthew Hicks, the Leader of Suffolk County Council, announced changes to the councillors in his Cabinet. 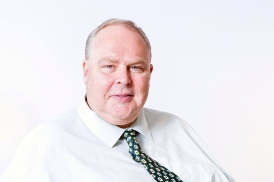