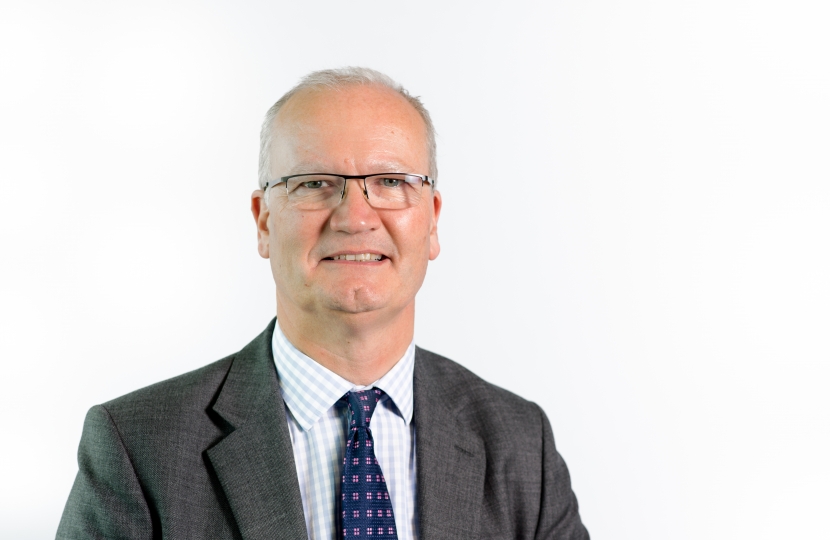 Matthew Hicks was elected Leader of Suffolk County Council in May 2018, having served for the previous three years as Cabinet Member for Environment, Public Protection and Broadband.

He moved to Suffolk in 2003, and soon became an active member of the community, participating in and hosting events for local church restoration funds and other charities. He became a school governor at Worlingworth CEVCP School in 2009. In 2011, he was privileged to be elected as a Member of Mid Suffolk District Council and in 2013 he was elected to Suffolk County Council representing the Thredling Division.

In his role as Leader of the County Council, he is committed to working collaboratively across Suffolk with the district and borough councils, leaders of the health sector, business and the wider Suffolk community. He takes the same partnership approach in his work as the local County Councillor for the Thredling Division.

He is a keen campaigner and works with his local Parish Councils and residents on many varied issues, including the installation of VAS speed monitoring signs and successfully reducing speed limits on the most dangerous stretches of road. He has also worked to help support villages to become sustainable and to thrive by assisting village halls, community centres and other community-based projects to obtain grants, funding and other resources.

Suffolk County Council came into being in April 1974. Elections to the new Council had already been held in April 1973, with the Conservatives winning overall control of the Council.

A column on Suffolk Day by Leader of the Council, Matthew Hicks.

At a meeting of the County Council held today, councillors from across the political divide voted in favour of a motion condemning the war in Ukraine.

The first major steel section of the Gull Wing bridge in Lowestoft has arrived.

Leader of Suffolk County Council, Councillor Matthew Hicks, explains why a new county deal is good for Suffolk, and why we don’t need a new Mayor.

With more than 40% of people in the local region yet to be double vaccinated, council leaders and directors of public health are urging caution.

Protecting vulnerable residents, strengthening Suffolk’s economy and a strong focus on the environment are at the heart of council's new priorities.