Richard grew up in Suffolk where his family has farmed outside Ipswich for several generations. He has a long-standing interest in politics. Richard worked as an advisor to David Ruffley MP, then Shadow Minister for Police Reform, before setting up his own political consultancy business working for MPs and Think Tanks both regionally and nationally.

Richard was first elected to represent the Hardwick Division on Suffolk County Council in May 2017. Since being elected to the Council, his consultancy work has taken more of a back seat, but he continues to have other business interests across Suffolk. Richard runs a gym and supplement firm in Newmarket, has a share in a wedding venue just outside Ipswich, and still has a role in the family’s small farm in Belstead.

Since May 2018, Richard has served as the County Council’s Cabinet Member for Environment and Public Protection. This role encompasses a wide range of services including planning, trading standards, our bid to make Suffolk the Greenest County, and the fire service. He also serves on West Suffolk Council, and served on its predecessor authority the St Edmundsbury Borough Council, where he chaired the Sustainable Development Panel. Richard is a Bury St Edmunds Town Councillor and chaired the Town Council in 2009/10.

Richard's main priorities for his Division include successfully accommodating the planned growth of Bury St Edmunds, tackling the state of our highways, curbing illegal parking, enhancing our natural environment, and delivering more opportunities for members of our community to be physically active.

Richard can be contacted at Richard.Rout@suffolk.gov.uk

Hundreds of local businesses show sustainability is achievable and profitable

462 businesses are leading the way across Suffolk and Norfolk, actively reducing their carbon emissions.

Suffolk County Council has planted 198,547 trees across Suffolk in just the last two years (at an average of 272 per day).

Pupils from Howard Community Academy have today (15 March 2022) planted the first of 3,000 new trees in their school grounds.

Suffolk County Council has today published its concerns over plans for a large solar farm in West Suffolk and East Cambridgeshire.

Council focuses on children’s services, adult care and the environment, as budget confirmed

Suffolk County Council has published proposals for its first-ever full carbon budget, as it strives to be a Net Zero organisation by 2030.

Council prepares budgets for its finances and the environment

Suffolk County Council has outlined how it plans to spend money on public services in 2022/23.

Public consultation launched to find out where people place their priorities and thoughts on how council funds its services.

By Councillor Richard Rout, Deputy Leader and Cabinet Member for Finance and Environment 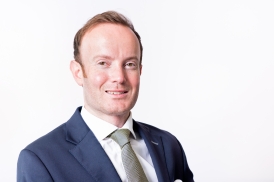