Judy has lived in Bungay for 40 years with her husband Brian, who used to work at R Charlish garage. They have two adult daughters. She is a civil servant by profession and was a Town Councillor for 8 years, during which time she served one term as Mayor and two as Deputy Mayor.

Judy was first elected to East Suffolk Council in May 2019, being encouraged to stand by Peter Aldous MP, who described her as “the best person to be a voice for Bungay”. During her time as a district councillor, she has argued forcefully against the hugely increased annual parking charges, helped to set up and manage the COVID Emergency response team in Bungay, and helped people affected by the Christmas flooding. Judy has also been an active supporter for the Wainford villages, attending Parish Council meetings whenever possible.  Judy is Chairman of the Community Centre Trustees and has been tireless in her efforts to get a new Community Centre for Bungay – which is taking shape right now. She is also extremely proud to be the current Town Reeve. 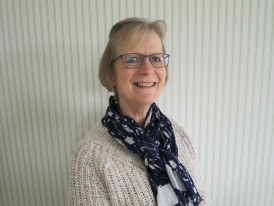