Christopher has been honoured to serve and represent the people of Suffolk as a County Councillor since 2012. He also served as a District Councillor from 2011-2019.

Christopher was educated at the University of Leeds and Queens’ College, Cambridge, and is a qualified teacher and former Headmaster. Since his election to the County Council, he has held the offices of Cabinet Member, Vice-Chairman, Chairman and Deputy Leader of the Council.

His division of Belstead Brook is a diverse area, comprising Pinewood, Sproughton, Hintlesham, Belstead and Burstal. It has both suburban and rural areas and reflects all the issues dealt with by the Highways, Planning, Consumer Affairs, Adult Social Care, and Education services at Suffolk County Council.

Christopher believes that the greatest honour and duty for any Councillor is to fear nothing, stand up and tell the truth, and represent all the people in your division, whether they voted for you or not. 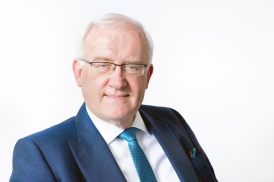