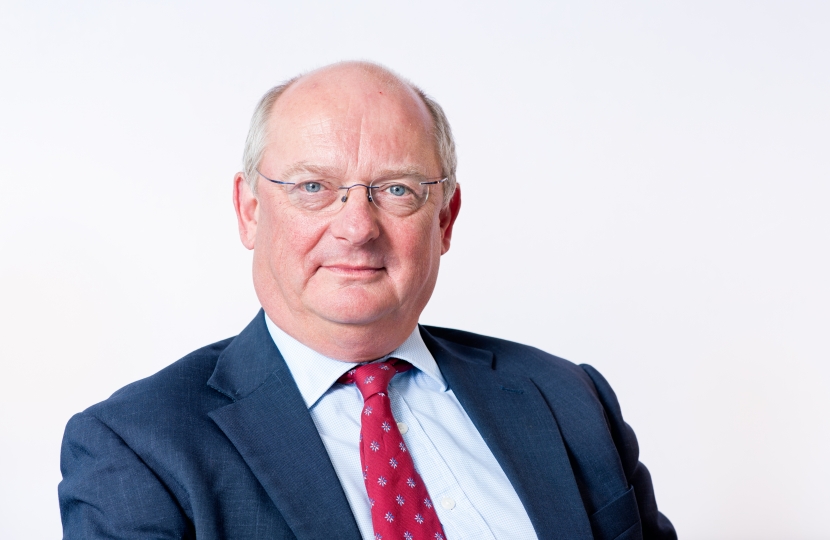 People often ask me why I wanted to become a councillor? And, my answer is simple. I want to make a difference to my local community, and the best way I can do that is to provide effective and efficient local public services - not only in my division of Wilford, but for the whole of the county.

I know Suffolk well - I’ve lived here for most of my life and had the privilege of being brought up here. I was first elected as a County Councillor in 2011 and have previously served as a Deputy Cabinet Member for Finance, and also for Public Protection.

In addition to my council responsibilities I serve on a number of external bodies, such as the Alde and Ore Community Partnership and Suffolk Coast and Heaths AONB.

I was appointed Suffolk County Council Cabinet Member for Highways, Transport and Rural Affairs in mid-October, hitting the ground running during our busy winter period.

To coin a Suffolk phrase, it was certainly blowing a hooley out there on Sunday! Storm Ciara brought with it a great deal of disruption, with 70mph winds being recorded at Lakenheath. The strong winds meant that Highways England took the decision to close the Orwell Bridge for the majority of Sunday. Although this may have caused delays to people’s journeys as they followed appropriate diversions, I think we can all agree that the safety of drivers must be the priority.

We may not have had it as bad in Suffolk as our neighbours in Cambridgeshire, with Duxford air museum losing its roof in the strong winds, but we did have over 100 fallen trees reported to our Highways teams over the weekend.

The commitment of our teams ensured we dealt with these reports as quickly and effectively as possible to keep Suffolk, including our emergency services, moving. I’d like to thank drivers for their patience during necessary temporary road closures, to ensure safety whilst we removed obstructions from the highway. I’m also grateful to all drivers and members of the public who reported obstructions and flooding to us.

We will be responding to these reports throughout the week, prioritising those that pose the most urgent risk. If you do see any fallen trees, please report these on our Highways Reporting Tool, which has a handy map showing if our Highways team is already aware of these obstructions.

Thankfully the sun was shining last Thursday, for the launch of our new body cameras for school crossing patrol officers, following a number of incidents of dangerous driving and verbal abuse at school crossings in our county.

In the past 6 months, 19 'drive-through' incidents have been recorded in Suffolk where drivers have ignored the crossing patrol officer and did not stop when the officer stood in the road to allow children to cross safely.

The mind boggles as to why anyone would ignore a request to stop from a crossing patrol officer, especially when it is to enable school children to get to and from school safely. It is an outrage that these officers are sometimes victims of verbal abuse, just for doing their job. Even more distressing is that crossing patrol officers have reported being sworn at in front of the school children.

To combat this there will be 10 body cameras, which will be around the county focusing at school crossing sites where officers have reported an incident. This includes sites in Lowestoft, Ipswich and Bury St Edmunds.

The cameras have been purchased by Suffolk’s Roadsafe partners Suffolk County Council, the Police and Crime Commissioner and Suffolk Constabulary with money from the Driver Diversionary Fund, which comes from motorists who have taken part in speed awareness courses.

These body cameras follow the work of the ‘Stop Means Stop’ campaign from the Eastern Region School Crossing Patrol Group, which aims to remind drivers of the potential seriousness of their actions. Drivers are legally obliged to obey the school crossing patrol sign under the Road Traffic Act 1988. Failure to stop can lead to a prosecution and a fine of up to £1,000 and three penalty points.

I hope that with the new body cameras we will be able to catch those who are risking the lives of others and see an end to the dangerous behaviours they exhibit.

I’m proud to say that this is just one of the projects we’re investing in this year to ensure we provide the quality of highways that our county’s road users deserve. We have weathered the storm and I truly believe that brighter days are ahead for Suffolk Highways.