I come from a farming family and grew up in Suffolk. I trained as a reporter on the East Anglian Daily Times, where I met my husband. Our careers took us to Westminster where I worked as a political correspondent. In 2004, we returned home to Suffolk and settled near Clare, where I became involved in the local community and led the campaign to save our village hall.

In the Clare area I am working to improve the infrastructure - ranging from the delivery of high speed broadband and mobile phone reception to improvements to community transport. I have helped communities to combat speeding traffic and I am also supporting local groups to tackle rural isolation and loneliness.

In my Cabinet role, I have set up a Highways Improvements and Innovations Board, which looks at how we handle issues such as potholes and road closures. We also look at what other counties do and whether we can do things differently. Against a background of tight finances, we must maintain our roads in Suffolk as efficiently as we can. I am involved in regional campaigns to improve our road and rail links.

I can be contacted at Mary.Evans@suffolk.gov.uk

Suffolk County Council came into being in April 1974. Elections to the new Council had already been held in April 1973, with the Conservatives winning overall control of the Council.

Suffolk County Council is now in a position to provide further information regarding the development of new Special Educational Needs and Disability (SEND) units attached to mainstream schools in the county.

On 6 September, representatives from Suffolk County Council, West Suffolk District Council and the Newmarket Racecourses met with stakeholders from the horse racing industry and Members of Parliament to call for more investment in passenger rail services in Newmarket.

A trial scheme to tackle potholes swiftly has been so successful it is being rolled out across Suffolk.

The Suffolk Highways scheme, which started in Ipswich in October 2018, changes how potholes are categorised.

'Highways Community Self Help’ is designed to support and empower town and parish councils in Suffolk to carry out minor maintenance tasks in their area. 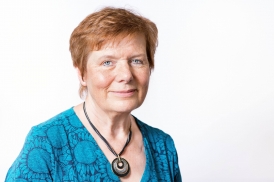