Nathan was born in Suffolk and has lived in & around Ipswich for the majority of his life, attending Stoke high school, during which he was one of the members of the Arras-Ipswich war memorial project, which involved researching local Suffolk heroes who gave their lives during the battles of Arras during the first world war, the findings of which was displayed in Arras during the centenary of the battle.

Nathan has performed in local productions, including at the Ipswich Regent, and further afield the 02 Indigo and HM’s Royal London Theatre.

At present he is attending Suffolk University where he is the Student representative for history. 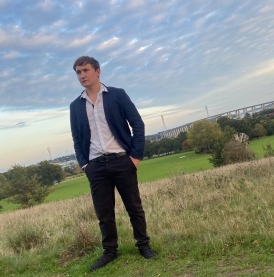