I was brought up in Suffolk and have lived here permanently with my wife, Clare, and three children since 1990. After 30 years in investment banking and financial services, I became a local business owner in 2010. I was first elected as a County Councillor for the Wilford Division in 2011 and was re-elected in 2013 and 2017.

I wanted to become a County Councillor so I could make a difference to my community. A key concern for me is working to provide efficient and effective local public services, both in my Division and for the County as a whole, and particularly proper provision for the most vulnerable.

Since being elected as a County Councillor, I have served as Deputy Cabinet Member for Finance and also for Public Protection. Most recently, until 2017, I was responsible for the delivery of the Council’s Transformation Programmes. I have served on the Pension Fund Committee since 2012 and as its Chairman since 2015.

In addition to my direct Council responsibilities, I serve on the following outside bodies:

I am also Chairman of the Ipswich Recovery Hub, a drug and alcohol rehabilitation service.

To ensure appropriate safety measures can be put in place for communities across Suffolk, the county council is working closely with its local authority partners, town councils and the business community to develop guidance and advice on how social distancing measures can be maintained as shops a

Suffolk County Council, the county’s highways authority, is one of only a handful of councils in the country to take measures to temporarily close off a road to motorised vehicles to assist local people in taking their permitted daily exercise safely, whilst maintaining social distancing.

Councils in Suffolk are ramping up activity in order to take on responsibility for local parking management from 6 April 2020. 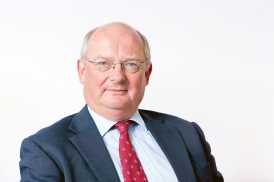