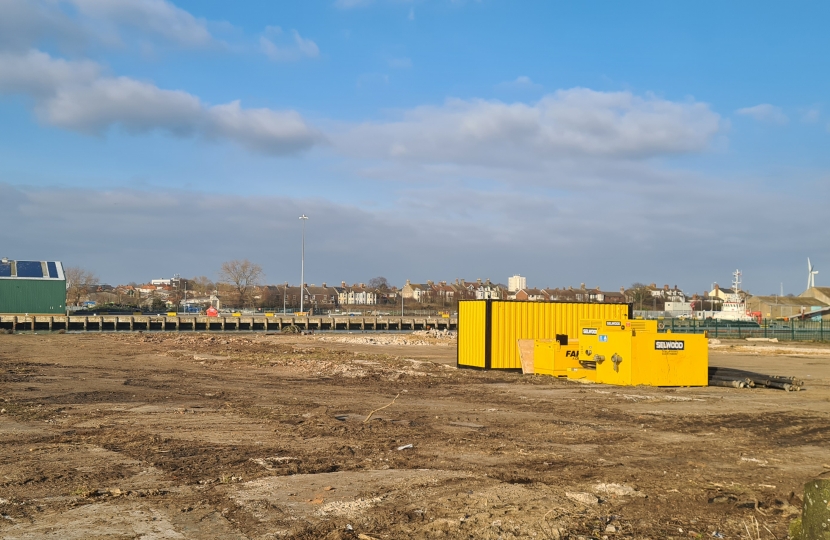 The start of construction work on Lowestoft’s Gull Wing has been formally marked today (22 March 2021), despite officials not being able to host a traditional groundbreaking ceremony at the site, due to Covid lockdown restrictions.

Instead, a video featuring a range of people involved with the scheme has been released, including Jack and Hayden, former Somerleyton Primary School pupils who won the schools competition to give the Gull Wing its name.

In the video, a number of facts about the Gull Wing are revealed, such as how long it will take to open when ships need to pass underneath, and how many tonnes of concrete will be used during construction.

“We have achieved many milestones in recent months, and I’m delighted that we can now formally recognise the beginning of the construction works for the Gull Wing. The last couple of months have seen lots of preparation work going on behind the scenes, but contractors are now beginning to work on site and hoardings are going up.

“Of course, building such a large and complex structure will require us to temporarily close some roads and alter how people are used to moving around the town, at various points in the next couple of years. But I ask local residents and businesses to be patient and work with us, and to look towards the end result which will bring so many benefits and much improved access around the town.”

“This nationally significant project is now a reality and it will be great to visit the site as soon as it is safe to do so under lockdown restrictions. Special thanks are due to all those who have worked so hard to get us to this stage. The Gull Wing provides many exciting economic opportunities for Lowestoft and the surrounding area and we must now do all that we can to make them happen.”

For our Campaign Spotlight on the Hartlepool By-Election, meet Jill Mortimer, the Conservative candidate for Member of Parliament in Hartlepool.