How many gritting runs does Suffolk Highways carry out in winter? 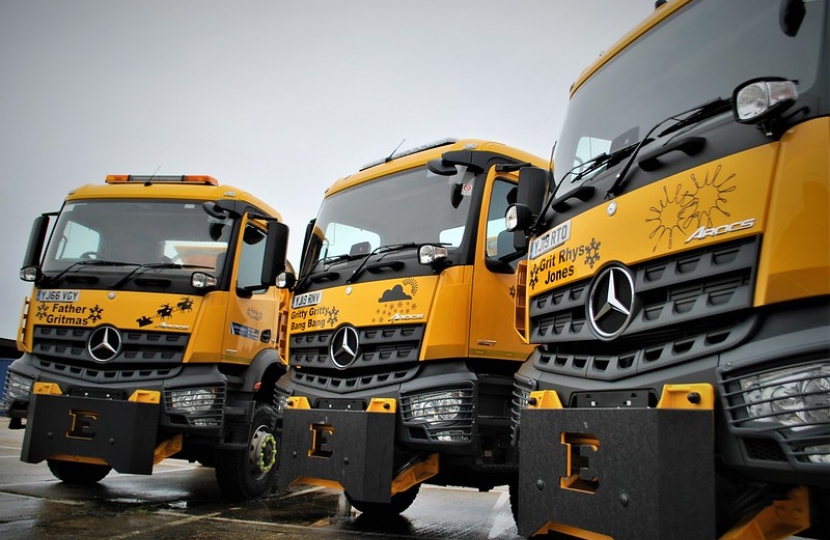 Suffolk Highways' gritting season began on 1 October and runs through to the end of April, with a host of improvements brought in this year.

Among those is a new GPS system, Exactrak, which means navigators are not needed for gritter drivers; an increased rota of drivers and supervisors available; and the ability to spread salt at 40mph, instead of the 30mph limit of previous years on appropriate roads.

More than 22,000 tonnes of salt are stocked across the county's eight depots ready to tackle the ice on more than 4,000 miles of road.

The team carries out gritting runs once road surface temperatures drop to 1C or below (33.8F) with a typical season comprising between 70 and 90 runs.

In the harsh winter of 2017/18 when the Beast from the East hit, that number doubled to 188 runs - but the county still did not run out of salt.

As well as its own gritters, Suffolk Highways has contracts with around 70 farmers who can be mobilised to plough with their tractors in the event of snow.

Gemma Allard, from Suffolk Highways' communications team, is also one of the gritter drivers and said: "People can get really impatient when they are stuck behind you but we can only grit at a certain speed.

"If we cannot get down a road [because of nuisance parking] we cannot grit it so if people park considerably we can do our job."

This year will also mark the first season of the newly-named gritting fleet, with the likes of Spready Mercury, Jon Snow and Grit Rhys-Jones among the names taking to the road.

Youngsters were given the chance to put forward their suggestions at the Suffolk Show in May, with the winning entries being announced last month.

To stay up to date with gritting runs in the county, follow the Suffolk Highways Twitter feed here.

Boris Johnson has written to all leaders of opposition parties to invite them to work together at this moment of national emergency.