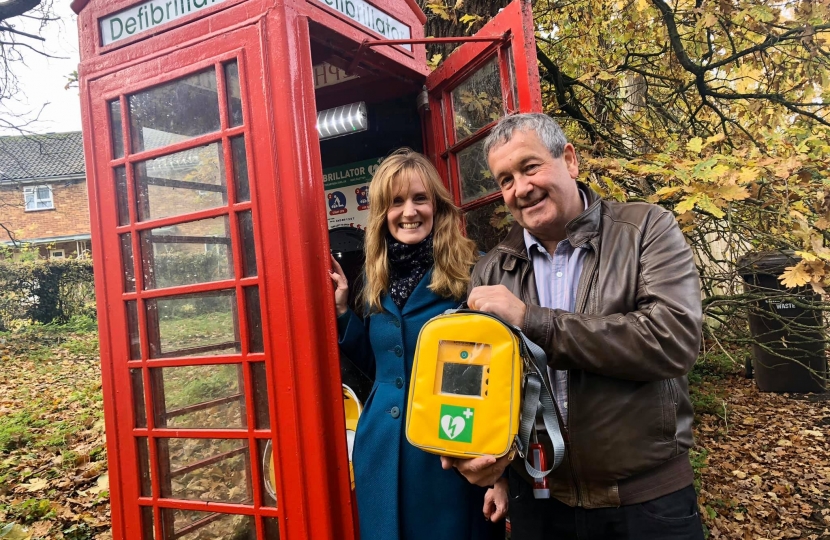 A defunct telephone box in Hawstead could now save lives, after it was re-purposed by the parish council.

The Pinford End box no longer houses a payphone, but an operational defribrillator which could save a life of someone in cardiac arrest.

Parish councillor Henry Brewis said BT had offered the telephone box to the parish for £1 – with the offer snapped up.

“Everybody thought it would be nice to keep the phone box here. I’d seen other villages had used them for defibrillators, so we decided it was a good idea,” said Cllr Brewis.

Funding and support from district councillor Mike Chester helped to make the idea a reality.

County councillor Karen Soons said: “The telephone box is part of our social history so it would be a huge shame to lose it. It has found a phenomenal new use – I’m delighted for the village.”