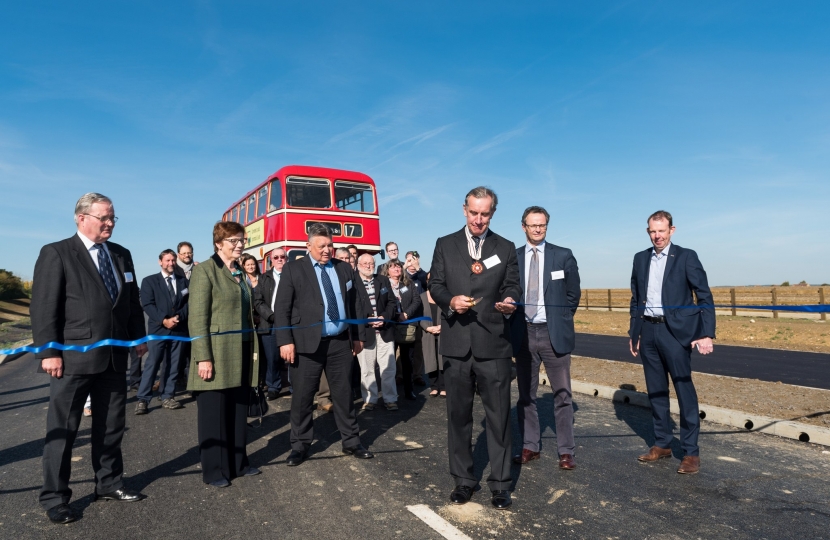 Construction of the Beccles Southern Relief Road, which was delivered on time and is approximately 2km long, began in July 2017.

The route stretches from London Road (A145) to Ellough Road (C969), providing an alternative route to Ellough Industrial Estate from the south and west of Beccles.

Economically the road will support further development of Ellough Industrial Estate and Enterprise Zone and create 3100 more jobs in the area.

The road, built by Jacksons Civil Engineering, will also lower the impact of HGV’s in Beccles, providing them with an alternate route around the town.

As part of these works two new roundabouts have been constructed at each end of the road and a new shared space for pedestrians and cyclists has been installed on the northern side of the road.

New bridleways have also been provided on the south side to connect with the well-used network of routes in the area and horse crossings have been provided at two points along the road. A modern sustainable drainage system has also been installed.